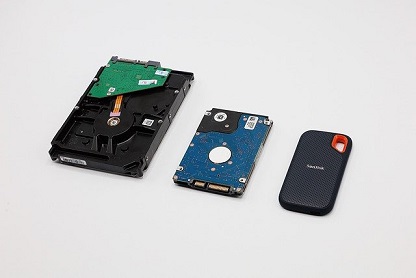 The Silly Little Oracle Benchmark (SLOB) is an I/O testing toolkit for the Oracle database. It is provided by Kevin Closson. I used this recently to test the I/O differences between Oracle ASM and Linux EXT4 disks.

I’m using a 19c Oracle database that is using an EXT4 file system. I’ve already installed the Grid Infrastructure (GI) for a standalone server to leverage ASM. The GI version is also 19c. The disks are labeled with Oracle’s ASM filter driver. Before I migrate the database to ASM, I want to confirm that my I/O throughput will be equal or better than the current EXT4. The disks are SSDs from a Nutanix hardware cluster.

The latest version of SLOB can be downloaded from GitHub. Once it was downloaded, I transferred it to my Linux server. I created a new directory on an unused mount point.

Next, I’ll extract the files from the archive.

Navigate to the wait_kit directory and execute the make command.

For my testing, I’ve created two tablespaces of 100 GB apiece. One will be on EXT4 while the other ASM. This size was chosen as it’s larger than the entire SGA to minimize caching of data that might skew our results.

Next, I navigate to the SLOB installation directory. I modified the slob.conf to use AWR report versus statspack, increase the scale to 12G, and added my system password. I used a scale of 12 GB with a parameter of 8 thread. This will fill my 100 GB tablespace to 96 GB with data.

Additionally, I also modified the ADMIN_SQLNET_SERVICE and SQLNET_SERVICE_BASE as I was connecting to a pluggable database. The Oracle multitenant option is not really supported by SLOB but I found that this worked for me.

Next, I execute the SLOB setup script. I’m passing the name of the EXT4 tablespace and the number of 8 for number of SLOB users I would like.

We can confirm the users have been setup by executing the following command in SQL*Plus.

Additionally, we can confirm that SLOB has created some objects in our database by issuing the following command:

First let’s start by executing our first load test. I repeat the test three times for each type of tablespace (EXT4 and ASM). The command to execute this is easy:

Note: The AWR reports do not get generated properly. The reason is this is a pluggable database. What I discovered is that SLOB is attempting to pull the reports from the CDB AWR snapshots and not the PDB where the snapshots were taken. I ended up generating the reports manually at the end.

I reviewed the AWR reports. Specifically the Instance Activity Stats section. The ASM tablespace was just a little better performing than my EXT4 tablespace. Below I pulled some of the more pertinent pieces of information from the AWR report.

In full disclosure, there are some differences between the EXT4 volume group and the ASM disk group. The EXT4 is made up of 6 disks at 400 GB a piece. The ASM disk group consists of 8 disks at 1 TB. The number of drives, not so much the size, is probably contributing to the difference in throughput. Conversely, I tested on a different EXT4 volume group which comprised of 12 disks, where the throughput was consistently better than the ASM disks. I had to test with what I had. I would have preferred to have an equal set of drive number and size for both disk groups.

This is my first attempt at using SLOB. I’ll need to test using different parameters to learn a little more of its capabilities. This test was enough to give us a level of comfort to move forward with migrating to ASM without any concerns of a performance penalty. I’ll have a future blog post with some more testing with SLOB.